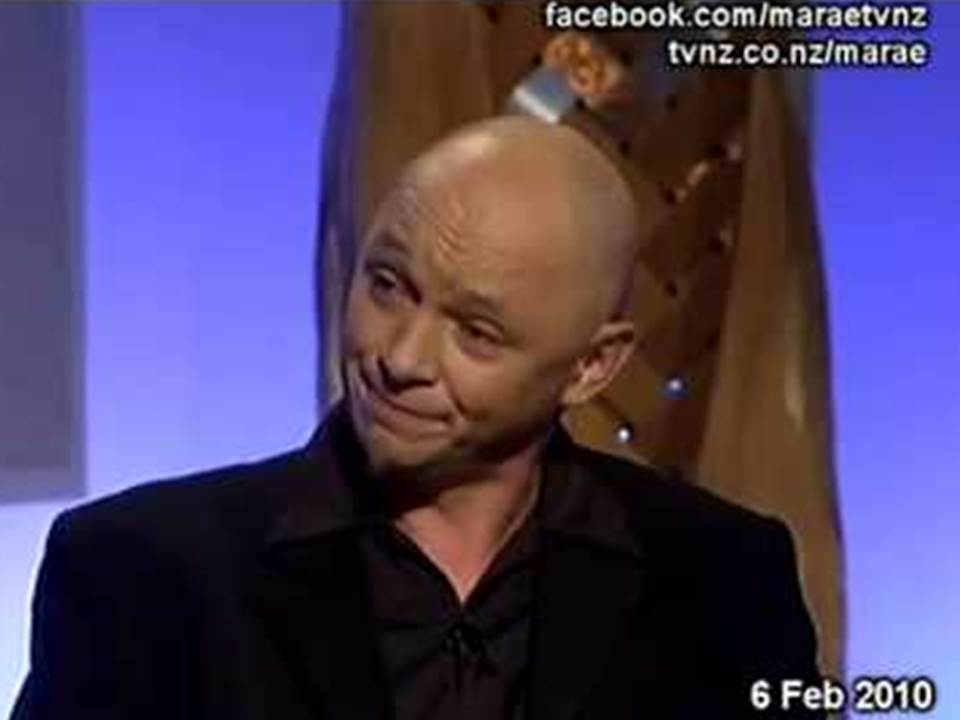 Tim Wikiriwhi, taking on the Grievers in The Great Waitangi Debate.

My next meeting will be very different.

It will be in Hamilton at 7.00pm on Thursday May 16th at the Celebrating Age Centre, 30 Victoria Street.

I’m proud to say that, for the first time, I have a Maori colleague publicly supporting me. So much so that he’s enthusiastically volunteered to organise the meeting.

Tim Wikiriwhi is a brave, passionate and articulate New Zealander. He’s a Christian Libertarian, which I’m not, and we don’t agree on everything. But we sure as hell agree on this.

He’s one of the few Maori to demonstrate the courage to stand up to the  thuggish part-descendants of the 1860s rebels who falsely claim to represent their race.

When TVNZ’s Marae programme needed a Maori to oppose the Griever view, it was Tim they turned to. And he did brilliantly.

It’s my goal with Together New Zealand to encourage those Maori with achiever values to seize back the mantle of Maoridom that has been stolen and tarnished by the backward-looking grievers. Tim could be just the man to do it.

He’s going to speak before me, and he’ll be a hard act to follow.

Inspired by Tim, my own performance won’t be the usual evidence-packed slideshow I’ve been casually narrating thus far.

This one will be a speech!

The Celebrating Age Centre, 30 Victoria Street — scene
of many a political speech in Hamilton, including mine.

32 thoughts on “Invading the Waikato, May 16th”