Here, courtesy of the Official Information Act, are the minutes of the first six meetings of the Constitutional Advisory Panel.

(My comments in red.)

The Griever Maori agenda could hardly be more obvious… 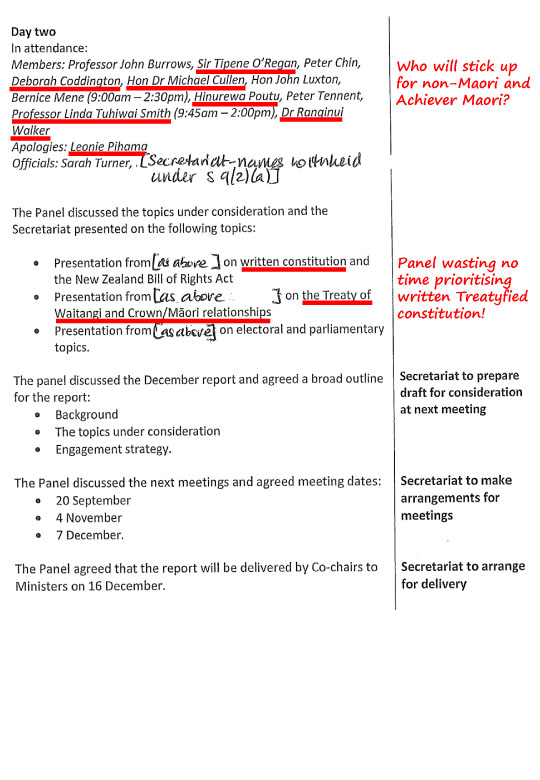 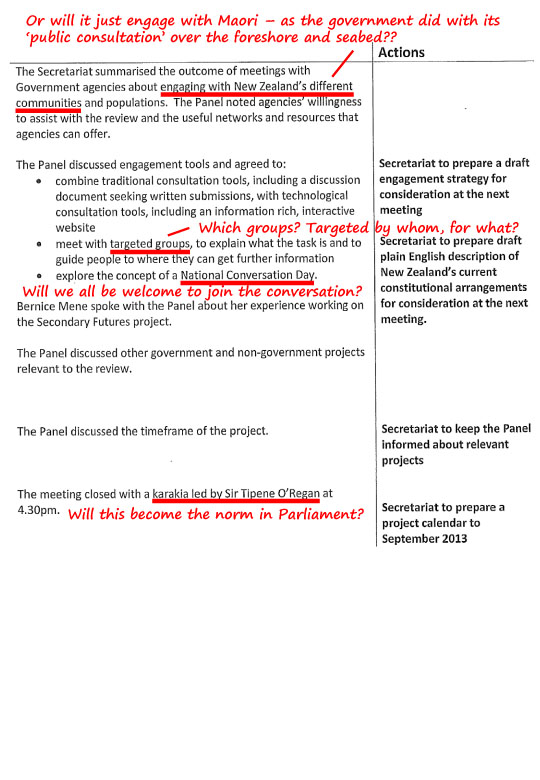 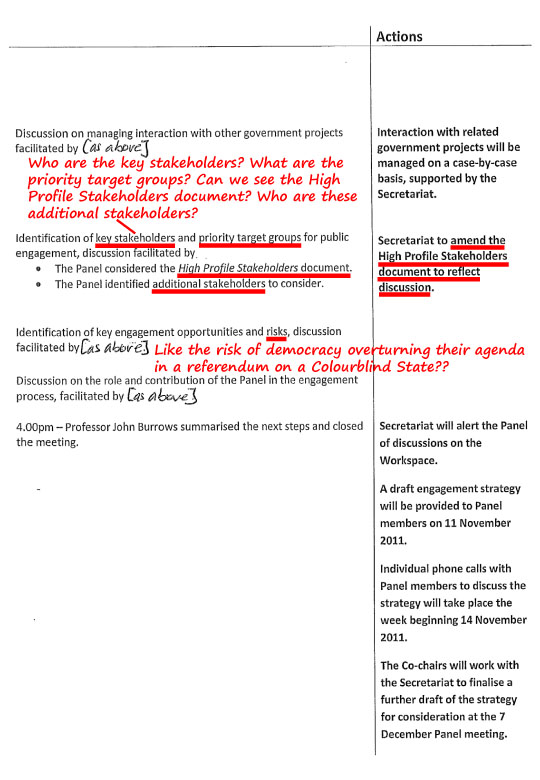 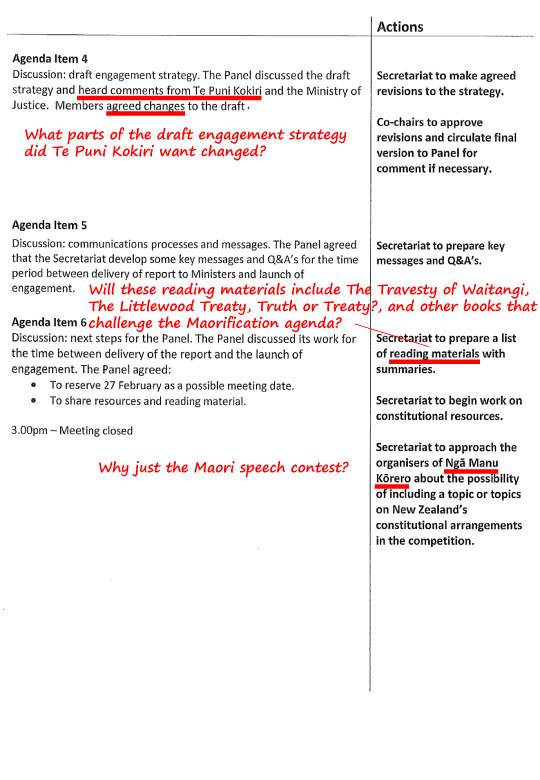 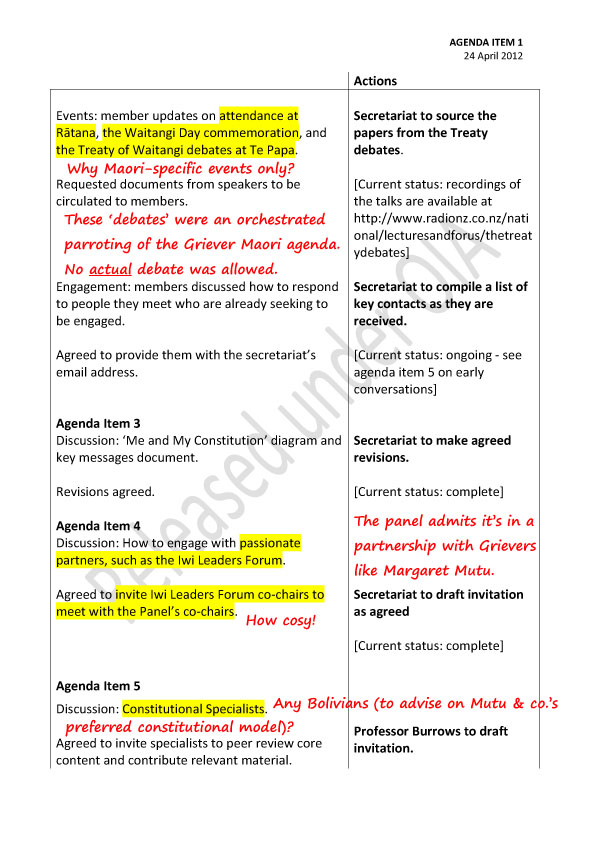 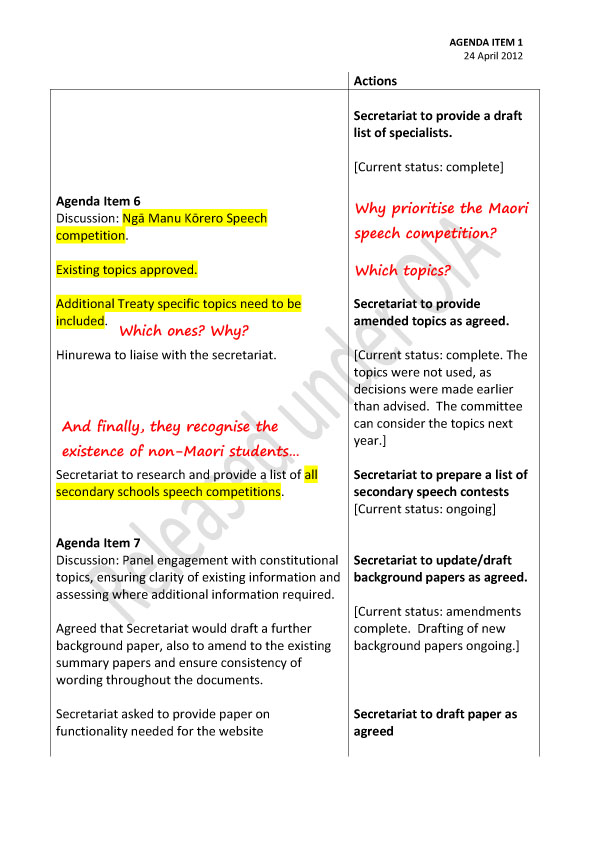 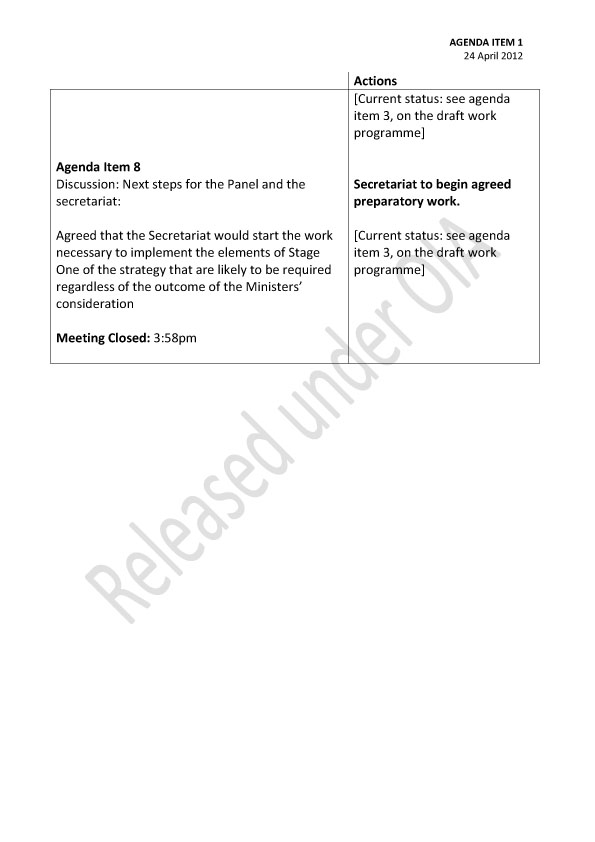 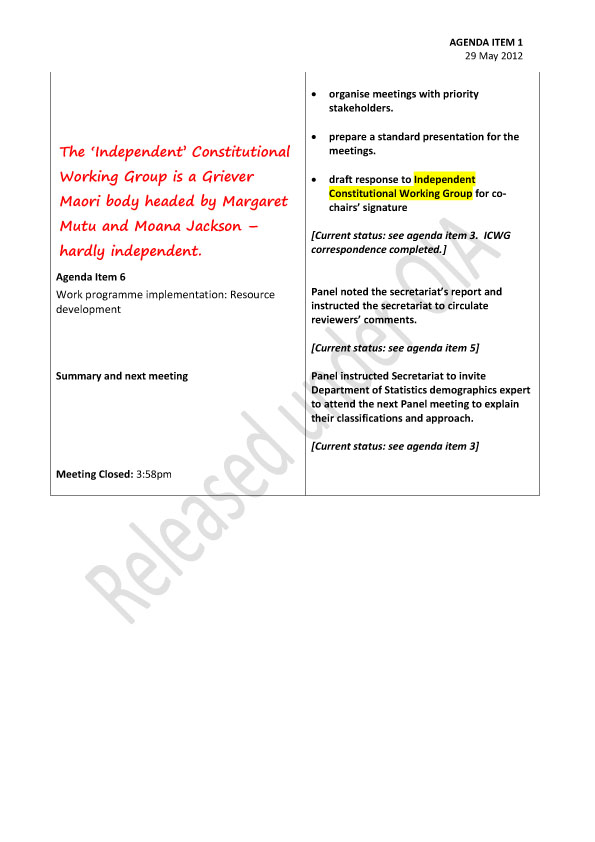 The staggering bias of this panel is now confirmed.

To paraphrase the tenets of democracy, its goal is clearly to give New Zealand a government of the people, by Maori, for Maori.

That is ludicrously unfair on the rest of us.

So what can you do?

You can donate money to my campaign to end state racism and entrench a Colourblind State.

This campaign will have both positive and negative phases.

(Yes, it would be nice if we could do it by being relentlessly positive, but without pressure from an angry public John Key won’t listen.)

The positive phase is a referendum on a Colourblind State.

The results of local body Maori ward referenda tell us that a referendum on doing away with race-based seats, agencies and funding would win the support of around 80 percent of voters.

But that, of course, won’t be enough.

Key showed us with his contemptuous dismissal of the anti-smacking referendum that a mere 80 percent-plus mandate is not enough to make your PM obey the will of his people.

He’ll only do that if he knows those people are mad as hell and aren’t going to take it any more!

If we’re going to stop this parliamentary dictator surrendering more and more of New Zealand to his Maori allies, we’re going to have to make race relations one of his voters’ top 3 concerns.

And what can we do to make race relations one of voters’ top 3 concerns?

Simple: we expose the full extent of the appeasement and brainwashing that’s been going on for the last forty years.

We shock the public with hard-hitting ads about how the New Zealand elites — political, bureaucratic, academic, judicial, legal, media and iwi — have been defrauding them of the truth about the Treaty.

And if media, like the cowardly Dominion Post who banned my fact-packed ACT ad, won’t run our ads, then we’ll go straight into the letterboxes and expose those media as part of the problem.

Hell, we’ll drop leaflets from planes if we need to.

Of course, the elites will fight like mad to stop us, so we’ll need to be well-funded.

Only with a major advertising blitz will we be able to scare the Nats into halting the surrender of New Zealand to Griever Maori.

If you can donate money, please click this button. (Note: if it’s for more than $100, please email me at the address below — no point losing the 3 percent Paypal commission.)

If you can offer any other kind of support (including moral), please email me at john@johnansell.co.nz.