From the statement (below) of Gene Hanham, boyfriend
of Sue and Allan Titford’s daughter Ulanda.

Sue says that what you are about to read was extracted from her daughter’s boyfriend, Gene Hanham, by bribery.

What do you think?

To assist you, I will soon be posting a similar statement by Ulanda herself, which Sue also says was made in response to bribe by Allan. Allan emphatically denies this.

But Sue does not deny having offered each of her children $5000, but does deny that it was an inducement to testify on her behalf. Hanham says otherwise… Question for Sue: If Ulanda is as susceptible to bribes as you say, could your offer — and Allan’s failure to deliver on his (which he insists he never made) — explain why Ulanda is now siding with you?

“to me we shouldn’t be afarid of allan titford we should be affarid of the Cochrane family. and im scared of grahame Cochrane & richard Cochrane because they both have got gun’s & a gun licence and they both have told me that if i ever told any bodie what i had been told bye them & Susan that they would put a bullet either between my eye’s our in my chest … the way they talk they will do anything for the money & that’s what it is all over Susan Cochrane just want’s all the money and the land.” 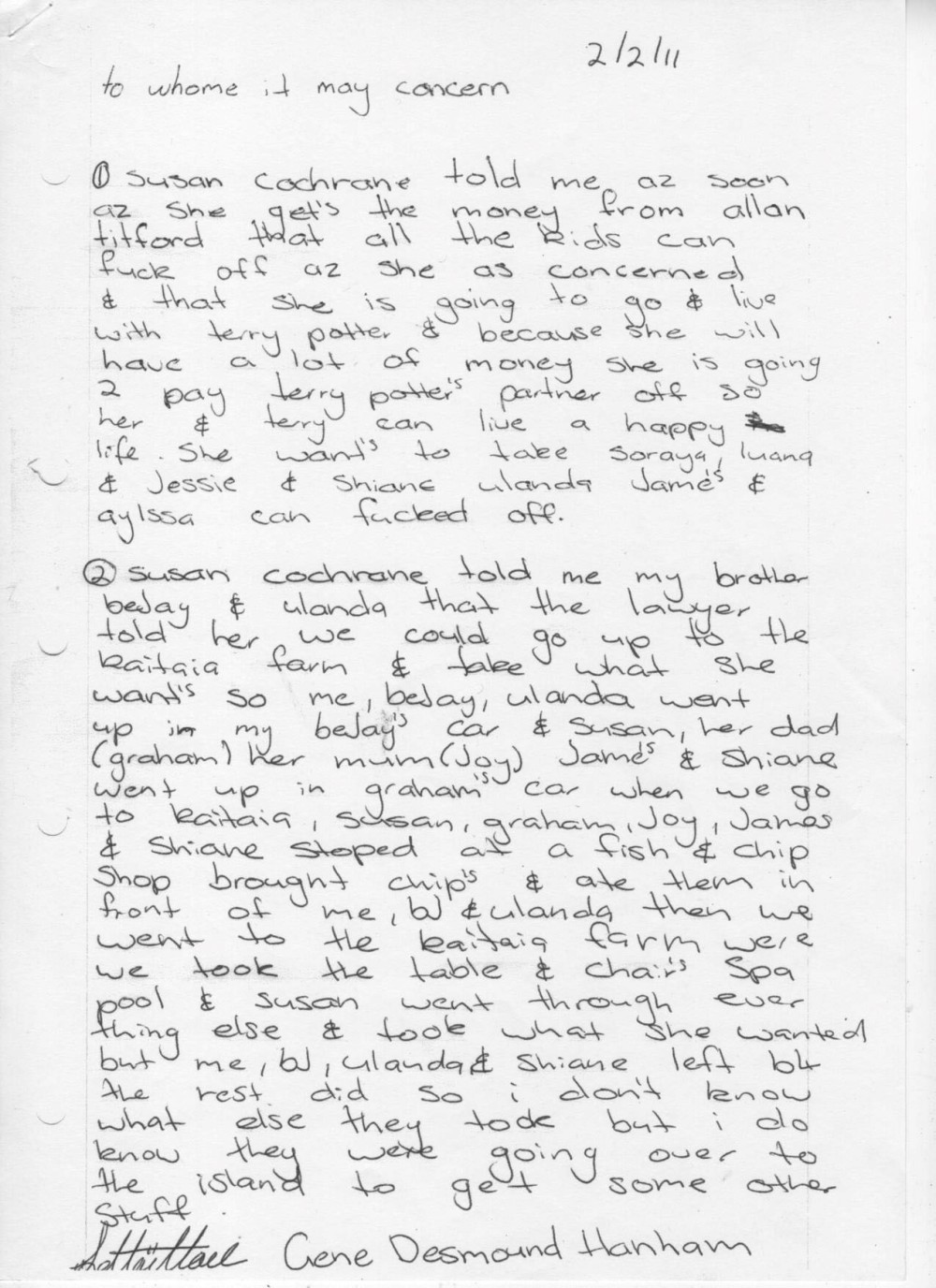 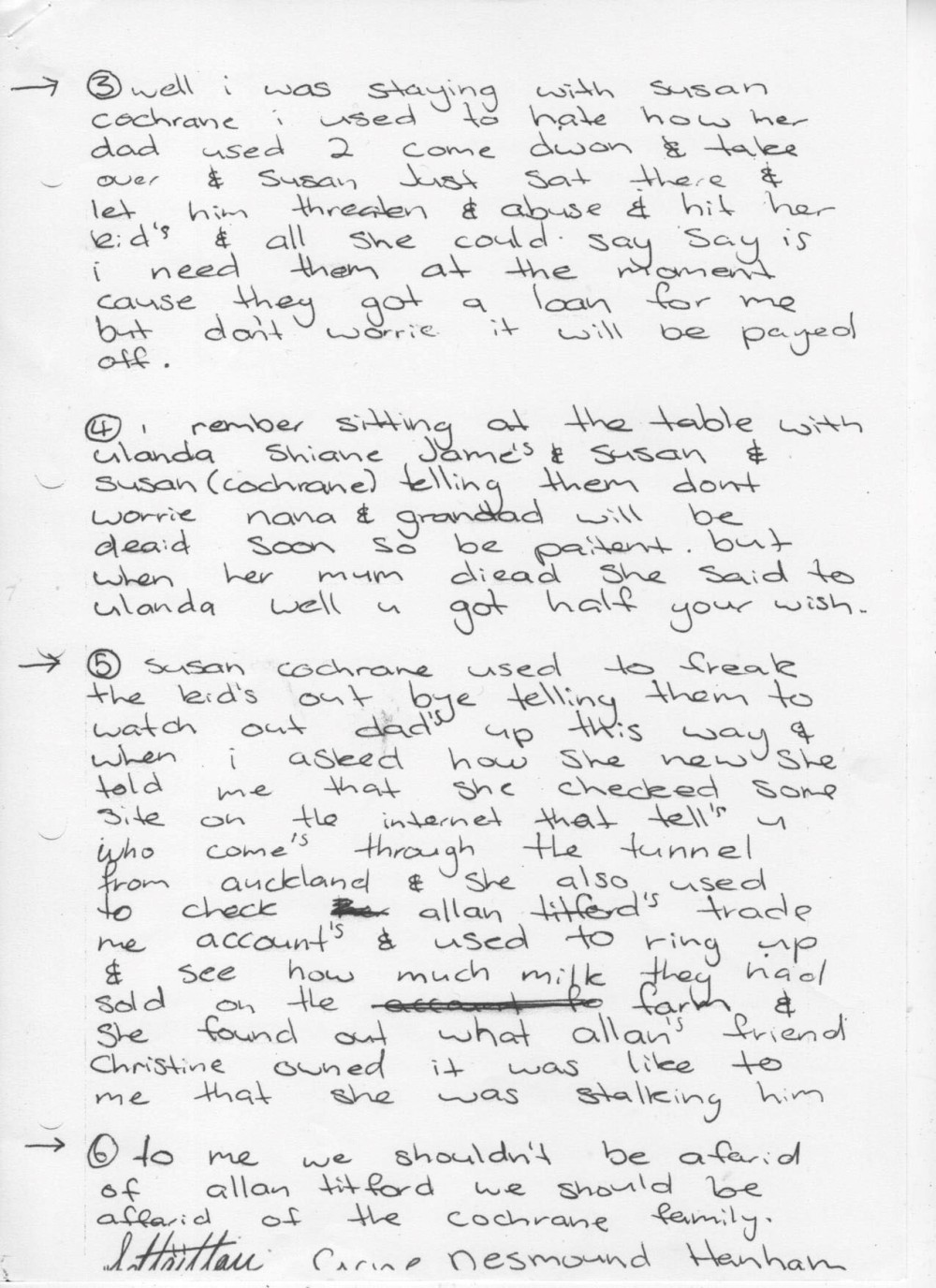 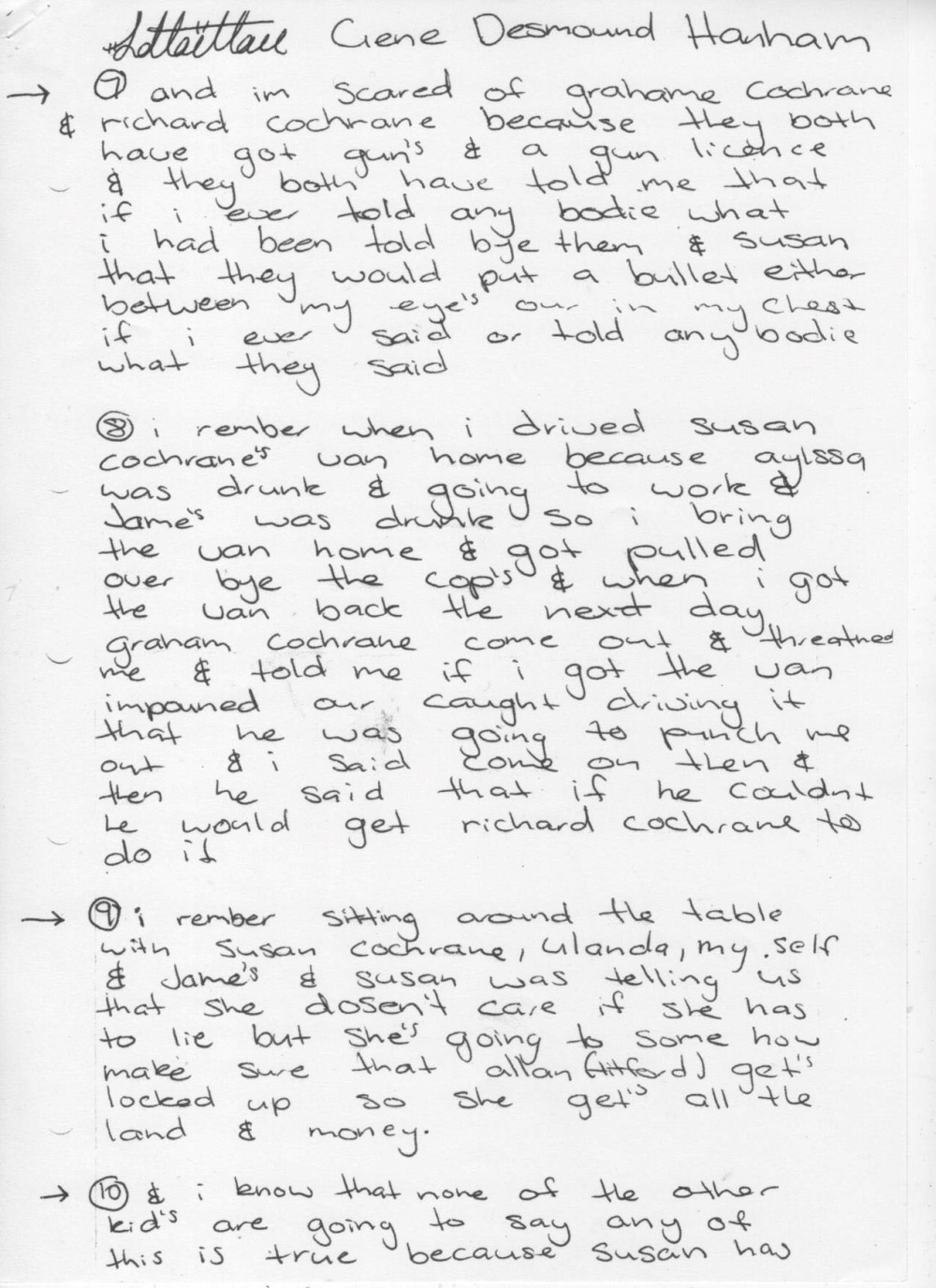 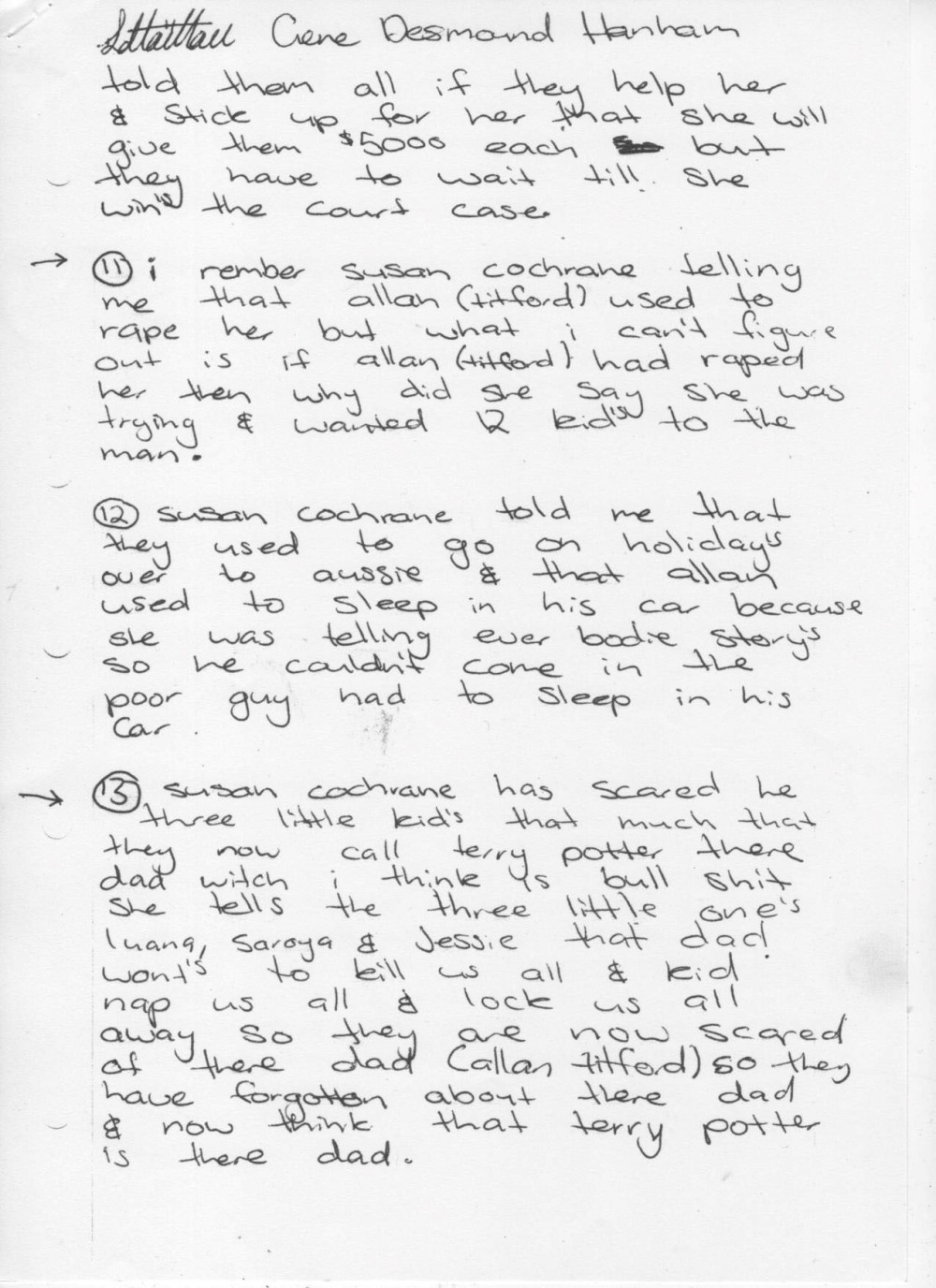 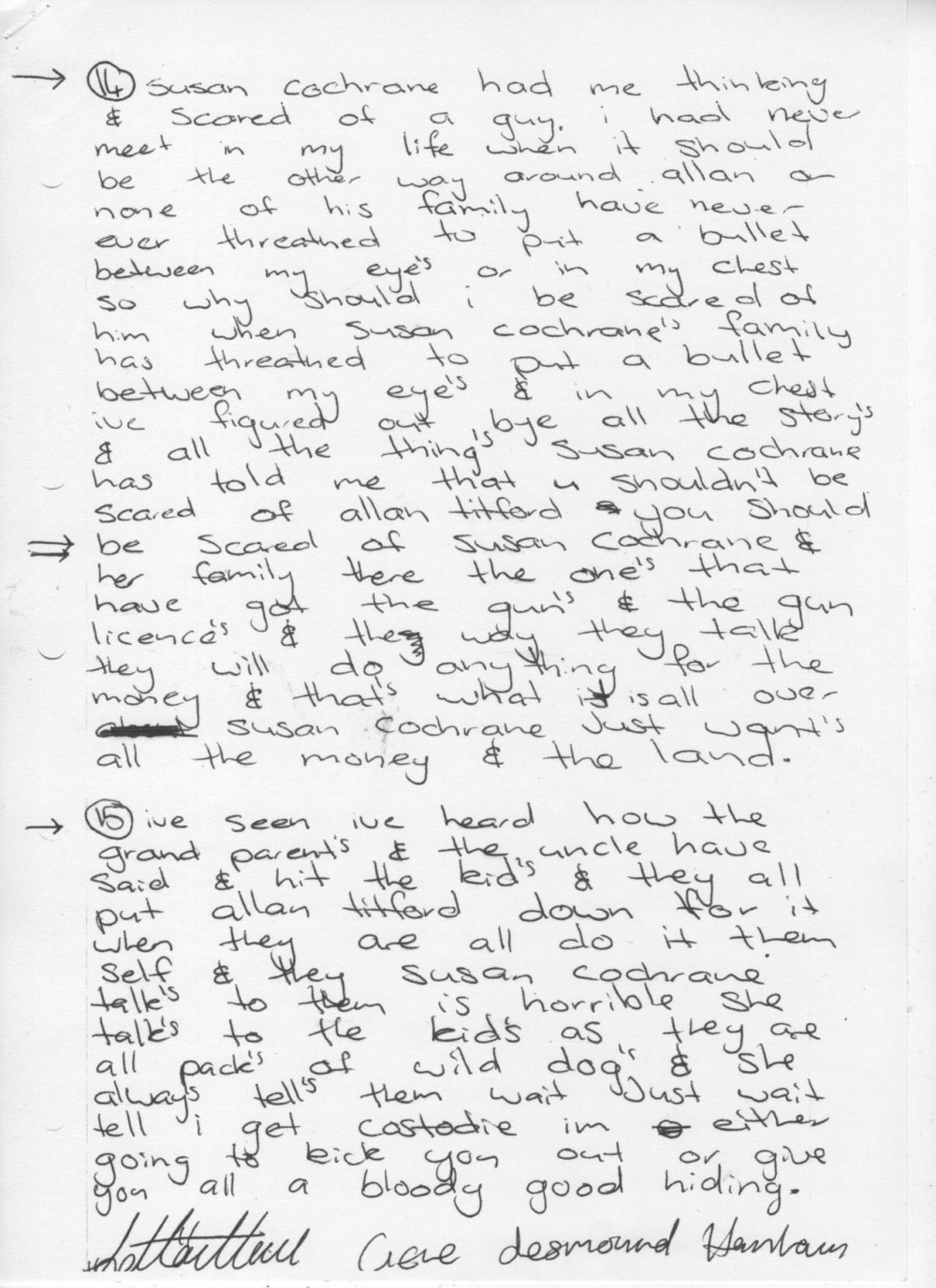 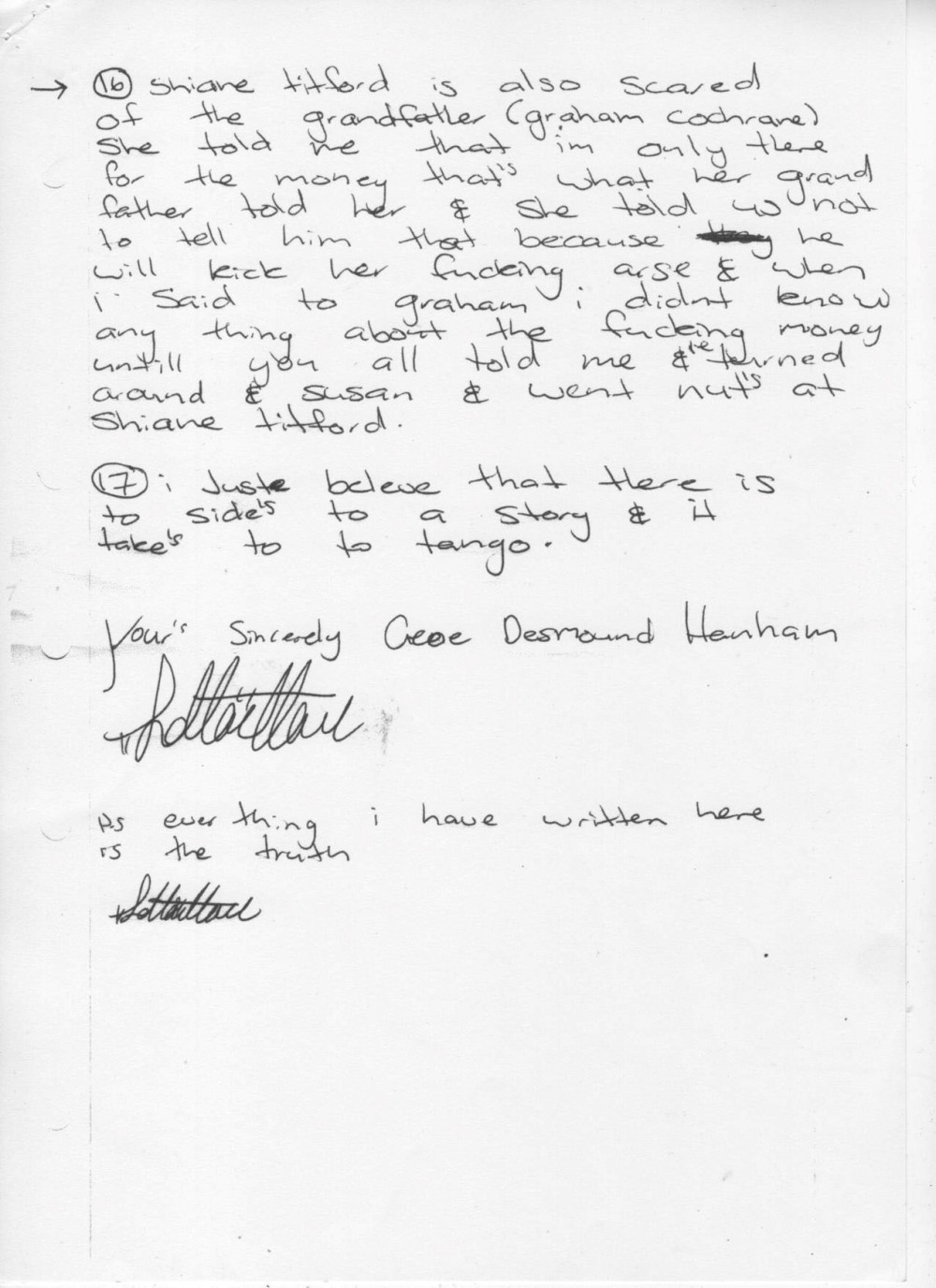 2 thoughts on “Daughter’s boyfriend accuses Sue and family of lying, bribing and threatening to kill”